Interview with His Excellency Ambassador Shingo Yamagami, Ambassador of Japan to Australia.

How important was the Australia-Japan Commerce Agreement in shaping the strategic relations between the two nations today?

The commerce agreement was crucial as it provided a strong framework for Japan and Australia to develop a mutually complimentary economic relationship.

In 1955, Japan joined the General Agreement on Tariffs and Trade, which subsequently provided the legal basis for the ‘most favoured nation’ treatment between Australia and Japan. Then in 1957, the Agreement of Commerce was signed.

When the commerce agreement came into force, Australia’s trade with Japan almost doubled in the first five years. Japan became Australia’s number one trading partner in 1968 and for the next 40 years the two countries grew together as Japan continued to be Australia’s largest trading partner.

What are the growing areas of economic cooperation between Japan and Australia?

The horizons of our economic relations have been expanding year after year.

Australian beef has captured the largest share of the Japanese market, with 45% of Japan’s imported beef coming from Australia.

That is a sizeable number, and if it can be achieved with beef, then why not with wine? Looking at the composition of the wine market in Japan, there is great potential for reasonably priced, mid-range Australian wine to penetrate the market.

In the energy sector, Japan will increase the production of electricity through hydrogen to meet its net zero greenhouse gas emissions target by 2050. A vast majority of the hydrogen needed will come from Australia and dozens of related projects in Australia are already underway such as the Hydrogen Energy Supply Chain.

The first shipment of hydrogen to Japan, produced from brown coal in the state of Victoria, will be completed in January 2022. A consortium of Japanese companies are leading this initiative.

Australia is now in the process of large-scale infrastructure development in western Sydney, to address the worsening traffic congestion and land price hikes. I also see a great opportunity for Japanese companies to cooperate in the planning and construction of smart cities and other infrastructure related projects.

One great advantage for Australia regarding the booming investment from Japan is that we place significant emphasis on quality infrastructure.

Japanese companies are passionate about contributing to the development of sustainable, environmentally-friendly, quality infrastructure in Australia, and are eager for new opportunities to do so.

How can Japan and Australia continue to strengthen ties?

Our relations in trade and investment have been expanding at a remarkable speed and now our horizons are widening in the fields of security cooperation and intelligence sharing also. The recent signing of the Reciprocal Access Agreement is a good example.

There is much that Australia and Japan can do together to realize a Free and Open Indo-Pacific region. Together we can contribute to maintaining a rules-based order, and to further promoting people-to-people exchange.

We share basic values, including democracy, a market economy, rule of law, respect for human rights and we also share strategic interests. Now is the time for us to further solidify ties between our people.

It is great to see a surge of Australian tourists to Japan in recent years. Many Australians come to Japan to ski, and in places like Niseko and Hakuba, the majority of tourists are ‘Aussie’.

Australia has the third largest Japanese community outside of Japan, second only to the United States and China. It is expected that in a few years the Japanese population in Australia may surpass that in China.

One thing your readers may find interesting is that the Japanese Government recently decided to award Australian singer and icon Olivia Newton-John the highest civil honour, the Order of the Rising Sun, for her contribution to the development of Japan’s musical culture and the promotion of friendly relations with Australia.

What message would you send readers of the Report on the eve of Australia Day?

I think we should be really proud of what we have achieved in the past seven decades. Our continued cooperation over the years has laid the building blocks for the Special Strategic Partnership we have today.

The sky is the limit! There is much we can do together. 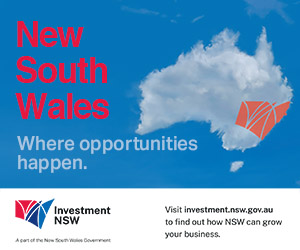